A detailed version is available here.

Here is a short diagram representing what is contained in the jar file and how it is connected to ECJ's core. 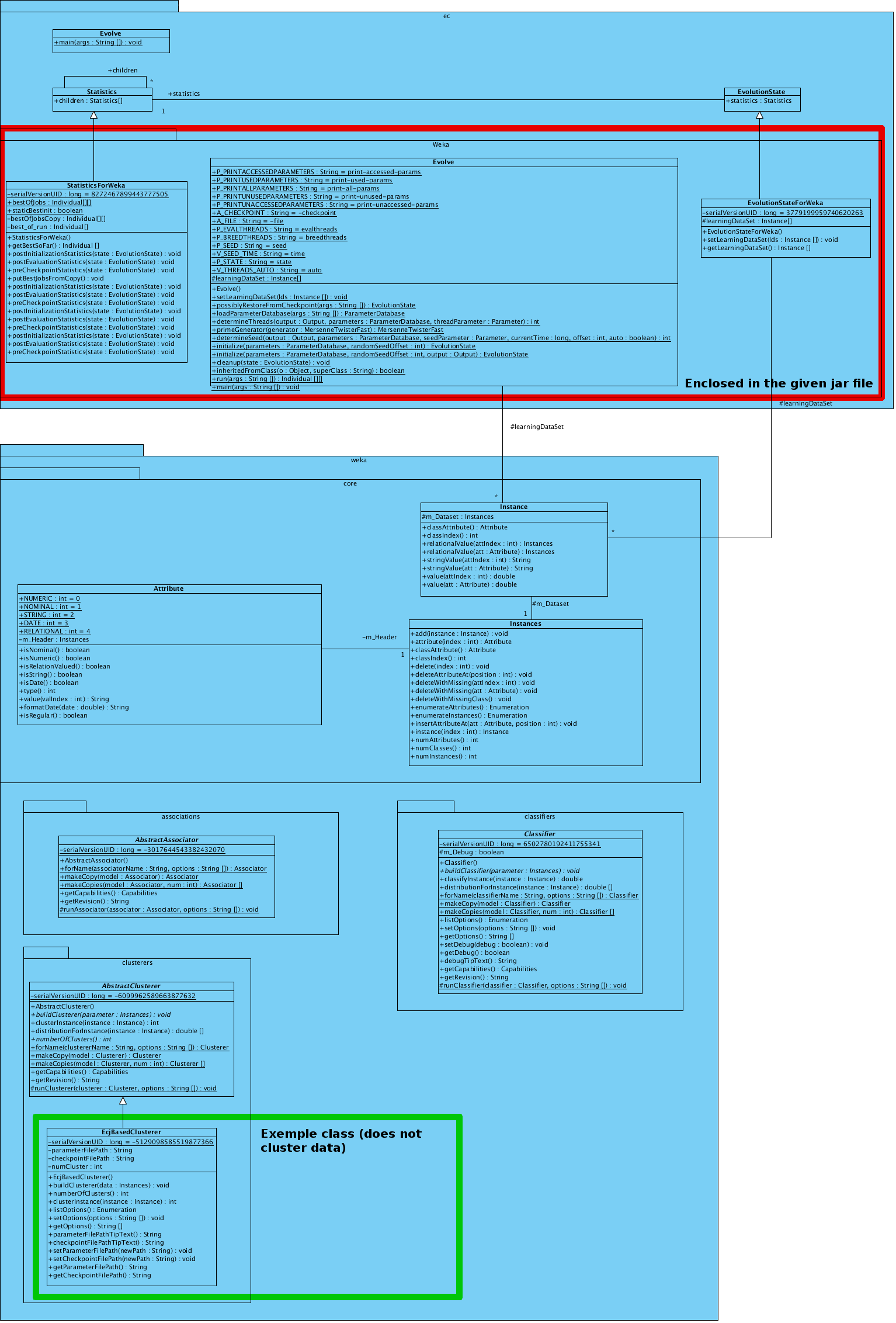 For your ECJ Algorithm:

When building your algorithm in weka, ou will launch your ecj algorithm by creating an ec.weka.Evolve object. Then you can call the setLearningDataSet method on it, giving it an Instances object, if your weka algorithm needs any data. Finally, to launch the algorithm you'll call the run method on the Evolve object, giving it the same argument you would give when invoking the algorithm from the command line. This mehod will return the results of the computation as an Individual[][] representing the best individuals of each subpopulation for each job. You can use these results as you wish within your weka algorithm.

Except where otherwise noted, content on this wiki is licensed under the following license: CC Attribution-Noncommercial-Share Alike 4.0 International